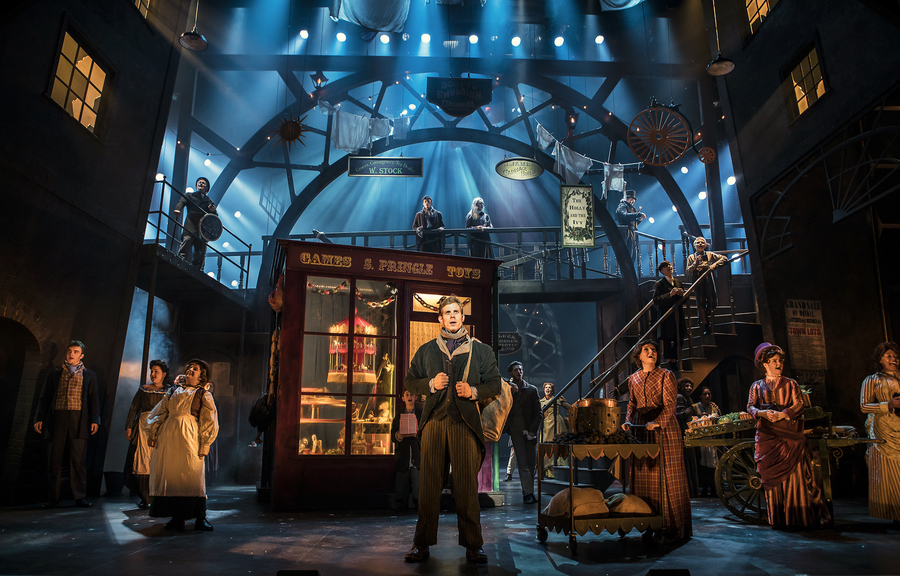 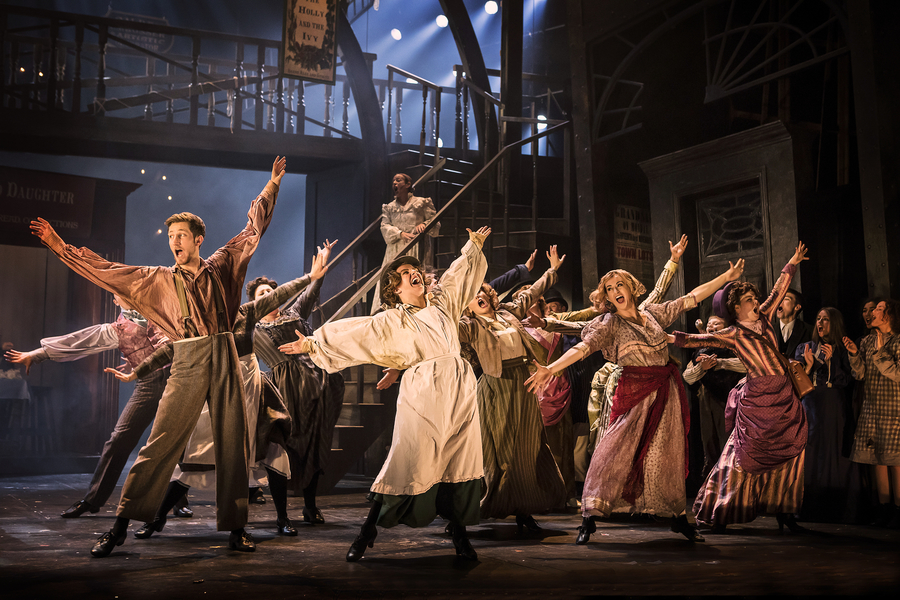 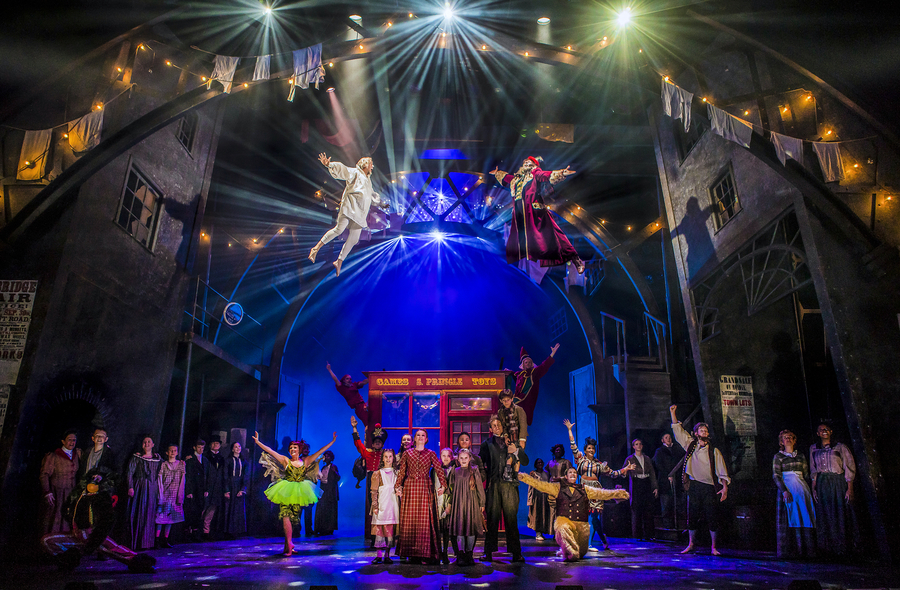 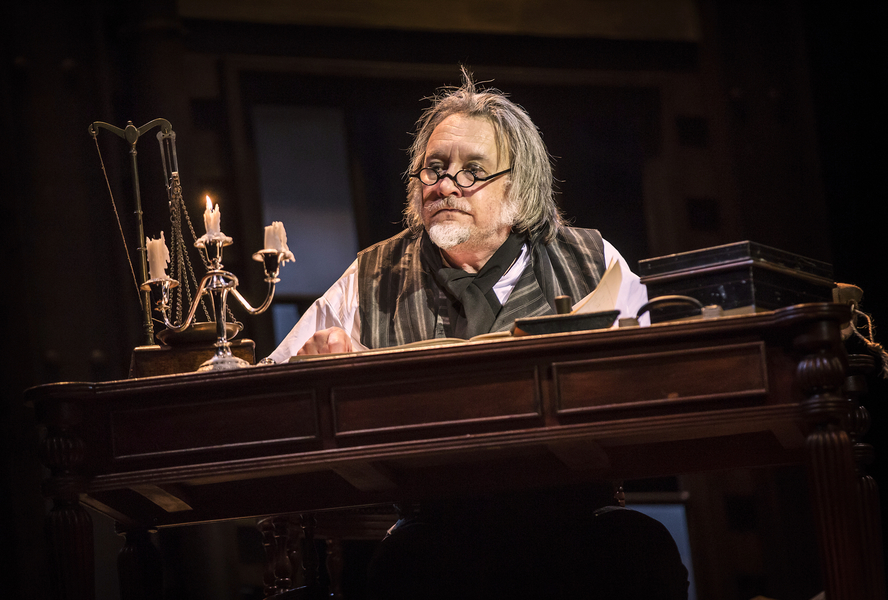 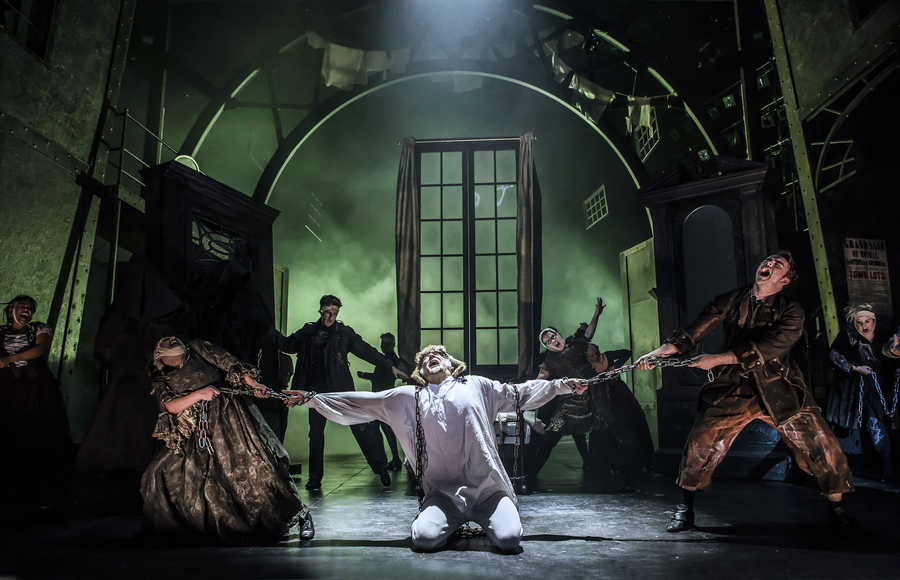 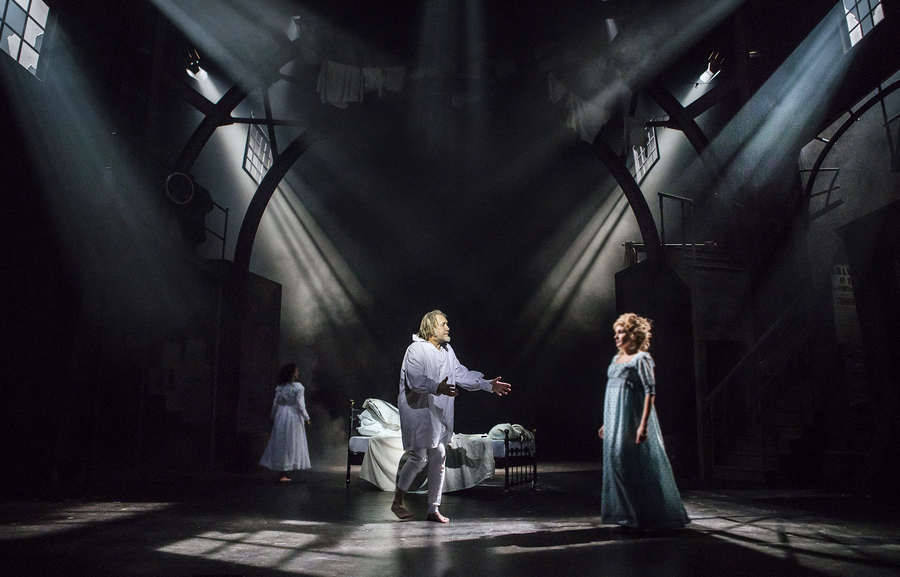 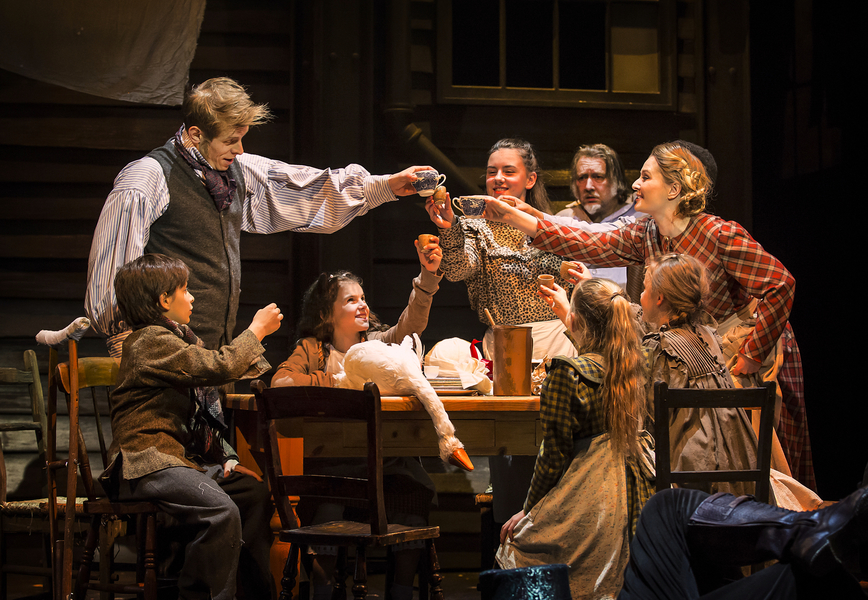 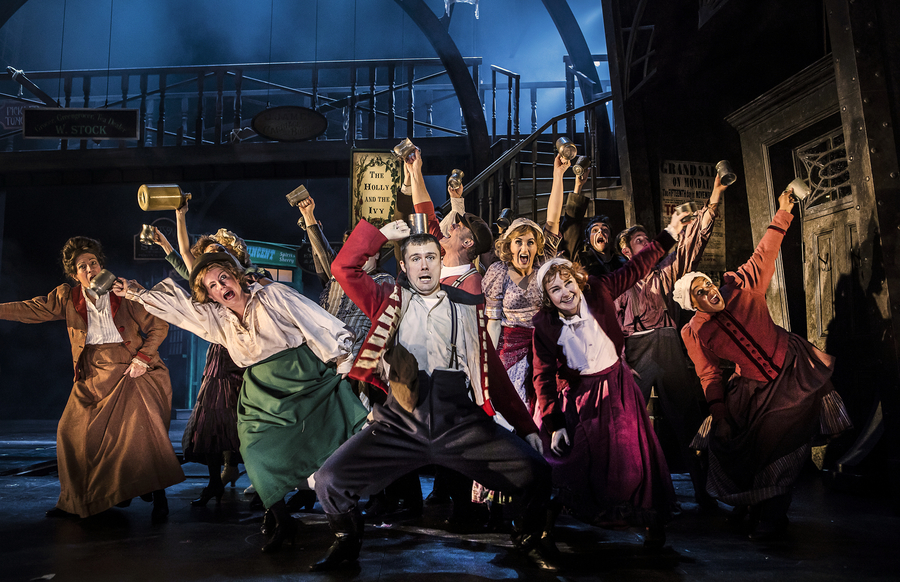 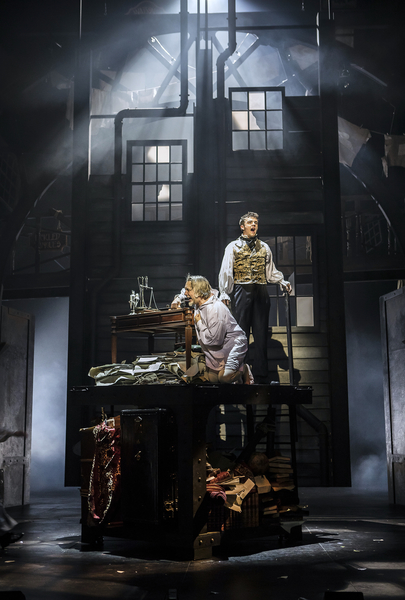 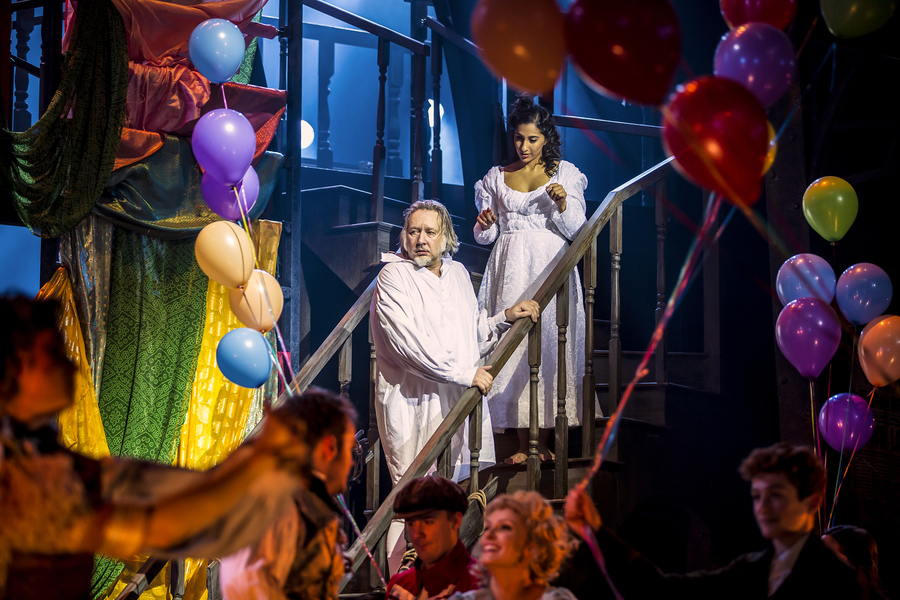 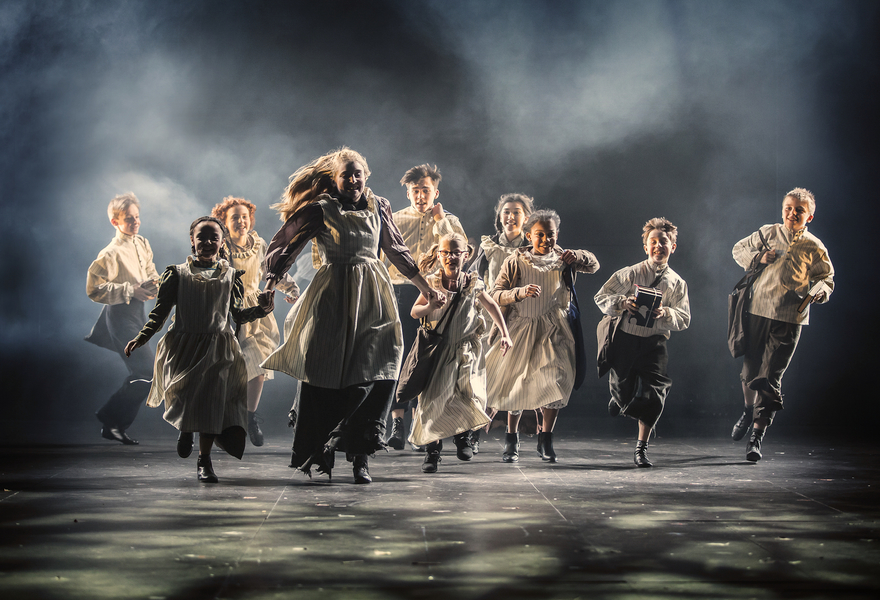 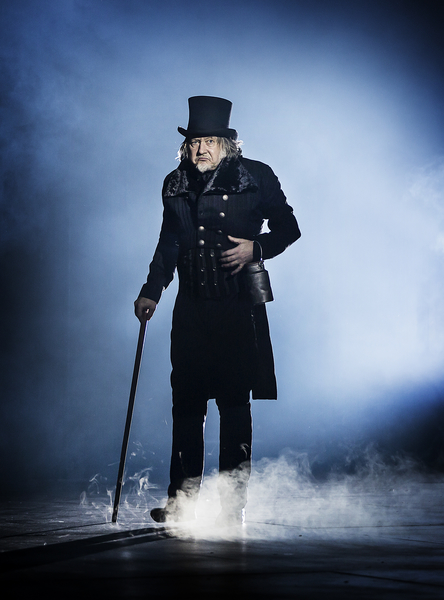 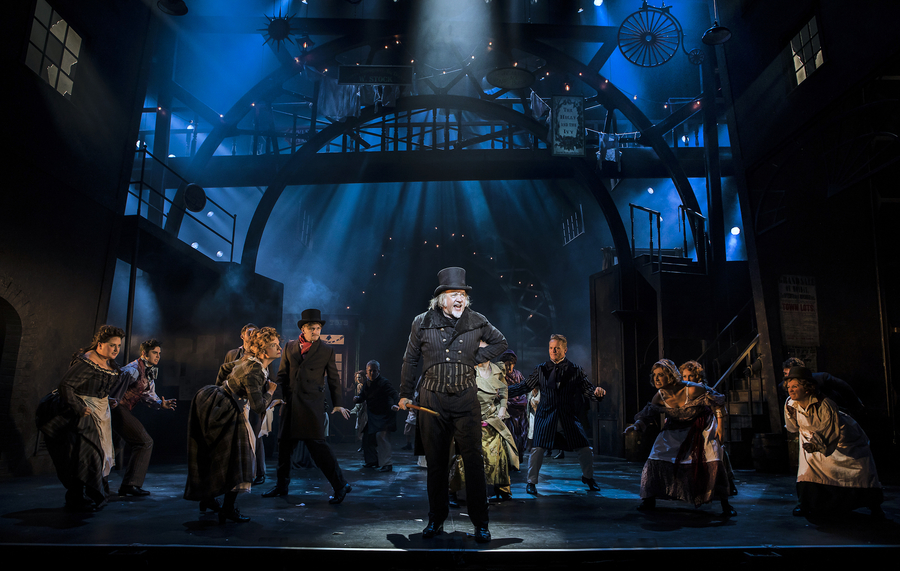 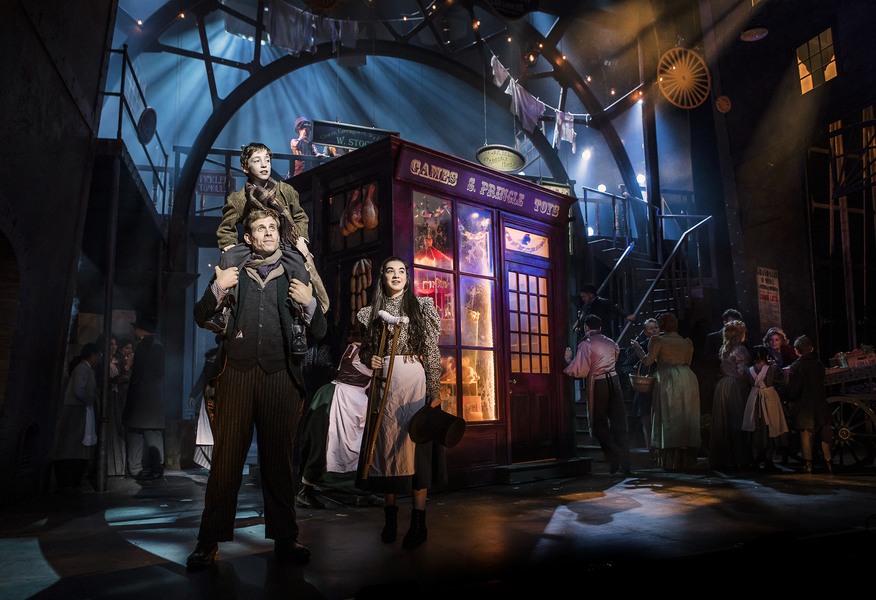 Ben Cracknell’s lighting design is breathtaking, greatly enhancing the story’s depiction of darkness and light in character, setting and mood.

Ben Cracknell provides a masterclass in how lighting is integral to creating atmosphere. Scrooge’s loneliness is brought to the fore by secluding him from the surrounding darkness: creeping shadows are magnified around his bedroom, and silvery mists chill to the bone. Cracknell’s skillful design allows Scott Penrose’s illusions (vanishing spirits, dancing candles) to shine, bringing a little magic to these cold winter nights.

The ghost of the future is a monochrome and dissolving bundle of rags. Thanks to Ben Cracknell’s lighting, all this can switch in the blink of an eye from the rich silks and and wobbling blancmanges of the Fezziwigs party to Scrooge’s golden memories of boyhood.

Michael Taylor’s ingenious designs, brilliantly  lit by Ben Cracknell, capture the gritty flamboyance of London’s Cheapside, the towering misery of Scrooge’s office and the impoverished warmth of the Cratchit household.

Other productions of Dickens’ story have designer Michael Taylor and lighting designer Ben Cracknell to contend with. The sets were incredibly detailed and aesthetically pleasing…. as beautifully thought out as they were, were made even more effective with incredible lighting effects. Cracknell has worked wonders with lights and smoke creating intense and dramatic scenes that send shivers down the spine as ghosts come and go and characters dance their way around the stage.